Numerology is the branch of knowledge which deals with the mystic significance of numbers. It is the study of the occult relationship between specific events and numbers which tend to coincide in the world of form. 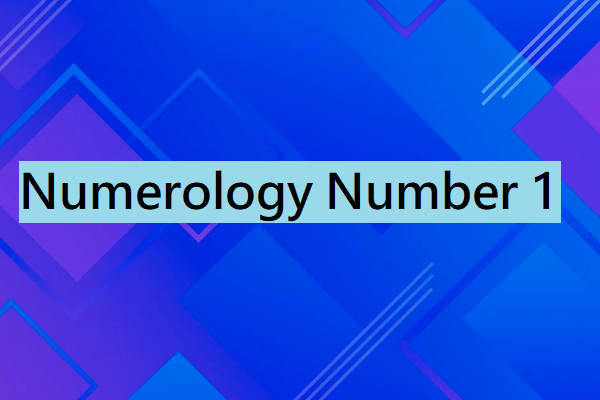 Numbers are all abstract signs that are promptly determined. When you take a look at it more closely, you can find a cosmic relationship between the coinciding events and the meanings of numbers. This relation can only be explained due to some form of intervening intelligence.

Each and every number has got its own vibrational essence just as possessed by a character or personality. If there are few numbers that keep appearing in front of you, you may anticipate the number’s appearance to be related to few definite set of events.

It is only through proper analysis of this relationship that you can predict the future circumstances and the overarching reason behind Numerology.

The impression of numbers on human experience

If you focus on the different aspects of your life, you’ll certainly see that there are various numbers that keep popping up during different situations.

These numbers might appear in the form of dates, times, amounts of money, recurring time patterns, distances and patterns of space. It doesn’t take a long time see the impression of numerical values on the personal experience of humans. However, often it occurs in ways that we aren’t consciously aware of.

Number #1 – The meaning and significance

Among the 9 root numbers, number 1 is one of them from which all other numbers (except the master numbers) derive their significances. In the world of numerology, the most stressed features of the number 1 are self-sufficiency, independency and self-determination.

All those who are guided by number 1 usually act alone and they also have the power to powerfully asset themselves in any kind of settings. They also have leadership skills in politics, workplace and family.

Number 1 and its symbolic meaning

There might be some who may contradict this view by saying that zero and not one is the first number. But it is also true that zero is nothing but a lack of numbers.

Our root numbers always start with 1 and there are divination systems like Tarot and I Ching that also find its symbolism in the number 1.

Number 1 and its spiritual meaning

The symbolic meaning of 1 is original, assertive, independent and positive. In the Tarot system, the first card of the Major Arcana is The Cobbler or The Magician. Whenever you’re at the start of a life path, you can feel the type of independence, self-sufficiency and confidence.

Number 1 as a Divine message

It is often seen that a specific number keeps appearing in our experience time and again, sometimes in coincidental ways which are pretty tough to ignore.

The number 1 can appear in different ways as date, time, money value, addresses in phone numbers or even a room number. If this number keeps appearing in your life time and again, you’re actually getting a message that you might begin a new cycle of life.

When this number constantly keeps appearing in your daily life, you might be near a new start in any aspect of your life. And in case the number 1 keeps coming to you at work, you might be on the verse of obtaining a new position which can even mean a new promotion. You just have to keep your eyes and ears wide open in order to grab an opportunity.

Is there a special symbolic meaning of Number 1?

There’s no two ways when we say that number 1 is the most important number that you can ever think of. This entire concept of individual, single person being the foundation of psychology, philosophy and political action is at the roots. Nevertheless, being just one person can often make you feel lonely.

As per the Upanishads, it was believed that the universe was one single being at one point of time. All of a sudden, that being realized that it was alone and hence became afraid and lonely.

Then the universe brought in the diversity that gradually made the universe split into opposites. People often wonder the reason behind coming into this life with a destiny number 1. This is usually due to karma as they were lonely and alone in the past.

Any person whose numerological chart is heavy with the number 1 is believed to have creative genius within them. They are like the Magician in the Tarot who always overflows with confidence, talent and leadership qualities.

The only downside of being ruled by number 1 is ego. Those who are hugely ruled by the number 1 need to be aware of their egos. You should know how to hold your ego in check. So, in such a manner, there are lots of ones that may appear in your life.

They could either be a warning from your guardian angel or source energy that may prompt you to not become arrogant in life.

If you are a 1, your satisfaction and happiness will definitely come from your work or from various other sources. When a person is truly and fully 1 and only 1, that person would be intimidating and successful, unpleasant and dangerous at the same time.