Among all single-digit numbers, number 5 is the most energetic and dynamic. Number 5 is always said to be in motion, it is unanticipated and is continuously in need of change. 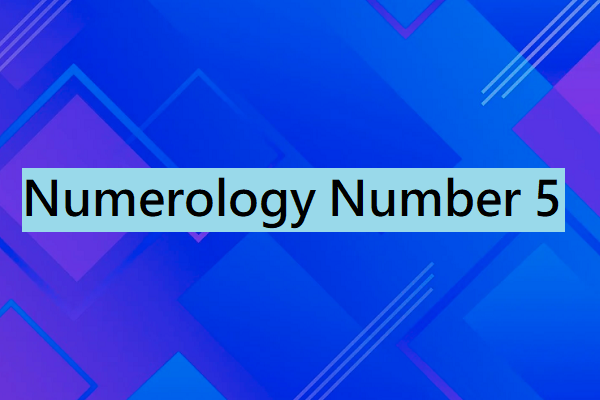 This number is moulded with an equal amount of feminine and masculine traits, though the number 5 is considered to be more feminine than masculine. However, this is a tomboyish type of feminine which has nothing meek and timid about her.

The number 5 is free-minded, free soul and independent minded. She is always behind taking risks and adventure and finds it tough to spend time in one place or one job or one house or even in one relationship. For them, change is a necessity. Number 5 is alarmingly loyal in whatever they do.

The numbers 2 and 6 are probably the most amicable relationship numbers but each of these numbers, under strong temptation can cheat on their respective partners.

But number 5 won’t do that under any circumstance. The 5 can break up any relation due to restless nature but when she is in a relation, she won’t ever deceive her partner.

When number 5 is not in any relationship, she is liberal enough to date anybody whom she chooses. She has got no issue in going out with different persons every day of a week. If anyone advises her to limit herself or restrain herself in any way, that person will never be in her good books.

The number 5 usually implies a person who has abundance of energy but it not sure about the way in which she should channelize it. This number brings in independence, adaptability, freedom of action and unwillingness to conform completely.

You can use this number to boost independence, versatility but at the same time, people should guard against this extreme desire to change. If you don’t protect yourself, variation will consume you and won’t be able to attain happiness.

If numbers could be personified as people, such people would share several qualities with personalities like Hermes or Hades. Usually humans always are a combination of the traits of several numbers and it is rather rare to know someone who lives up to the personality of just one number.

If number 5 was a person, she would be an independent child who is freedom-loving. She would be that creative child of number 3 and motherly number 2.

Usually, number 5 is touted to be the number of humanity. Human beings have 5 toes, 5 fingers, 5 appendages, 5 senses and 5 biggest systems of the body. She is well known for versatility, independence, daring nature and rebellion.

In order to keep in pace with the various changes of the world, number 5 will change pretty often and this is why she chooses to take sides in a debate. Number 5 will have a quicker time in adapting to the changes as compared with other numbers.

On the contrary, number 5 can be a daredevil while she can be clever enough to not let herself to participate in any cult or club. She will never let herself be consumed by anyone.

Number 5 is too tolerant for about changes and it can be tough for her to plan ahead of time or remain satiated with anything that’s long-term.

The number 5 is predominant in Lutheranism and the Muslim, Jewish and Christian faiths like Luther Rose, the story of David and Goliath and the Hamsa Hand. In the Torah, there are 5 books and 5 pillars of Islam. David also collected 5 smooth stones and used it to combat the giant.

You also can’t deny that the pentagram is another noteworthy symbol in several religions that include Taoism. Not only that, the Pythagoreans believed that this number resembles a conjugal relation between the heavens and the earth.

It is believed that the number 5 doesn’t easily find a suitable career unless and until she has tried multiple jobs. Most of them usually last for a very short period of time, short enough to warrant a paycheck at the end of a month. With number 5, boredom sets in too soon and this number can never adjust with anything that’s too repetitive and predictable.

Again, number 5 can surprise her family and friends once she finds her most appropriate niche. This usually happens to them post 30 years of age. Due to her energy, focus and rapid mind swings, she can scramble up the ladder more rapidly and with less effort as against anyone else. Majority of the 5s choose travel careers that offer a change of environment.

5s can cope up with any situation that comes in their life and this even includes the work environment. Moreover, the number 5 is usually good-looking and tall.

She has got a charismatic personality along with all other qualities that support her in her career. She gets bored by anything that’s conventional and is attracted by misfits and eccentrics of the society.

Also she is a funny, social creature with an uplifting personality. She is great at making others feel comfortable. She is liked by her acquaintances and friends and she polarizes people who don’t prefer her. And she is the self-righteous, uptight and judgmental kind.

The Hierophant card is linked with the number 5 in Tarot. This card in arcane is considered for bridging the gap between spiritual and physical world. It depicts a spiritual quest. Few of the main healing crystals that are linked with number 5 include prehnite, amazonite and red tiger eye.

In terms of astrology, this number is linked with Mercury which is the planet of logic, intelligence, ideas and communication. The 5th astrological sign in zodiac is Leo but this number happens to be lucky for planets that epitomize the energies of Gemini.

So, if you’re a number 5, you’d know why you have the personality traits of this number.