There’s no doubt when we say that astrology is a complicated affair, even more, because the asteroids have their own powerful and significant place. In this article, we are going to discuss in detail all those who are born under the Taurus sign with Ceres as one of the ruling asteroids. 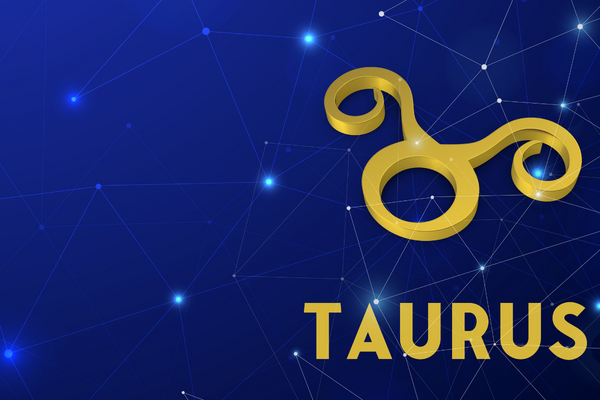 The concerns of this article will help you in a better understanding of this important asteroid and give you an idea of its significance in your life. Ceres is said to be the biggest asteroid in the Solar System, so much so that it is considered one of the twelve planets. Though it is interesting enough to find an asteroid being named after some god/goddess but this is how it is.

Ceres – What is its general meaning?

Ceres is nothing but a feminine archetype and this asteroid means fertility, motherhood, and a lot more. If you’re someone who believes in Jungian Archetypes, you’ll easily understand why Ceres is said to be a Mother Symbol.

Ceres is the name of an asteroid that is utilized to describe things that involve caring, nurturing for somebody, motherhood, harvesting, or even fertility.

The field of astrology is usually filled with symbolism which can be interpreted by using this asteroid, including the sexual activities and love affairs that are related to it.

What does Ceres in Taurus mean for women?

The zodiac sign Taurus is usually ruled by Venus. Hence when Ceres appears in the Zodiac wheel beside Taurus, it appears for some reason. This clearly means that both of them will be together to highlight something important.

A woman who has Ceres in Taurus will have a caring, motherly, and nurturing nature and is always eager to shower in love and care for people. They’re only concerned with providing the best for their family, their near and dear ones, and of course their children. In order to be able to provide this kind of emotional support, they’re serious about becoming successful and stable individuals.

In the process of fulfilling the role of a caring and nurturing person, the Ceres in Taurus woman can become crazy about materialistic pleasures, things, and worldly services and goods.

As long as their compatibility is concerned against the other asteroids, it is never an easy task for a Ceres in Taurus to get along with people, especially those that have a diverse range of fascinating personalities.

Nevertheless, there are a few signs that are more suitable for them to gel with, like the Cancer sign. A cancer woman is headstrong and can soon create issues if she doesn’t wish to accept things that have to be addressed.

What does Ceres in Taurus mean for men?

There are not many alterations in behavior as long as the Ceres in Taurus in a man is concerned. But there are a few differences that are worth mentioning. A Ceres in Taurus man is caring, he is a hard worker and he has been taught since his childhood the importance of being there for his loved ones.

He will put in all his efforts to be able to provide them with whatever they need. However, the only point of difference between a woman and a man with Ceres in Taurus is that the man can get highly obsessed with his work. He can get focused to an extent where he starts neglecting his family. When this begins to happen, happiness may soon get scarce.

He is a person who will be highly resolved to provide things to his family and loved ones, but in case he fails to do something vital for himself, he can soon get dejected. No one should be responsible for the number of times this occurs.

Personality traits of people with Ceres in Taurus

This is one such trait that is not just useful but at the same time, it can also get the person in trouble. You can’t just make them change themselves until they themselves want to. You can perfectly see their attitude in how they behave and people who come closer to them can actually get a clear idea of their personality.

Being headstrong and stubborn is also considered their weakness. This is why people who love them should know how to deal with them properly in order to be in his good books.

Determination is yet another key trait of people who are born with Ceres in Taurus. They are the ones who’ll never settle for anything but the best. They are sure about their goals and objectives and can be determined about how to reach them. Determination is their biggest strength and this can help them in achieving anything that they have in mind.

They usually work really hard towards obtaining a goal but as soon as they succeed, they are satiated and they want nothing else. These Ceres in Taurus people are always self-sufficient and can soon become satisfied with whatever they have achieved in life.

For a Ceres in Taurus individual, their attitude is of utmost importance and he will take care of that in order to maintain a good relationship. They fail to deal with or talk with people who have attitude issues, particularly when it is directed toward them. These people also get annoyed with anyone who has the habit of complaining too much about the same things.

These people have to come to terms with the fact that things won’t always end up the way we want to but everyone has to deal with this phase of life. Getting into arguments is not what should be practiced as this won’t convince them either.

As long as achieving something is concerned, the Ceres in Taurus people are extremely hardworking. While they work really hard to strive towards their ambition, the only problem with them is that they stop putting in their efforts as soon as they achieve their goal.

Ceres in Taurus people are highly self-sufficient and they never waste their efforts on something that they never aim for. They are focused people who have a clear idea of what exactly they want from life.

On the contrary, the women who are born with Ceres in Taurus, have to be provided with each and everything that they may require to lead a happy life. Similarly, the men born under this sign are more focused on providing their women with all the luxuries and comforts that are required in life.

Generally, this is supposed to be a sign that is highly confident in the face of difficulties and odds. They know how to overcome any obstacle that life throws at them. They are people who can stay positive even during times of dejection, hopelessness, and sadness and this is probably their best quality.

Giving up or surrendering is probably the last thing that comes to their mind and hence they stick to their beliefs even if that means going against everyone else.

This is how they find it easy to overcome any impediment as they have full faith in themselves. They can retain their strength no matter what situation they have to face.

Stick to their principles

People born under Ceres in Taurus tend to be loyal to themselves and stick to their beliefs and principles. Since they are true to themselves, they also expect the same thing from others. In fact, they have a tough time dealing with people who are not serious about sticking to their principles.

These people never really understand why people would not wish to follow their beliefs and principles. Though they respect the choices and opinions of others yet they will maintain a strict distance from them.

While these people may not be great at tackling a few situations, they can always adapt to any situation they are put into. They can easily find likable characteristic traits of any situation or person and also know how to learn from others’ mistakes. This sense of self-evaluation constantly helps them become better individuals.

To conclude, it can be said that people born with Ceres in Taurus are warm individuals who give utmost importance to human touch and love. When they fall for someone or love someone, they do so from the core of their heart. They not only express their affection but can also take good care of them.

They demonstrate their love and affection through food and cooking. These people will cook delicious dishes for their loved ones and also shower them with surprises like a romantic vacation or lovely gifts. They also expect a similar kind of behavior from their loved ones, which comes in the form of gifts, cuddles, and tasty dishes. They are not only family-oriented but they also love spending time at home.