Energy is the strength and vitality that required for sustained physical or mental activity. If we interpret the mining of energy in the language of physics, then it is the quantitative property that transferred into the object to perform work. According to laws energy neither be created nor be destroyed, it can transfer from one form to another form. 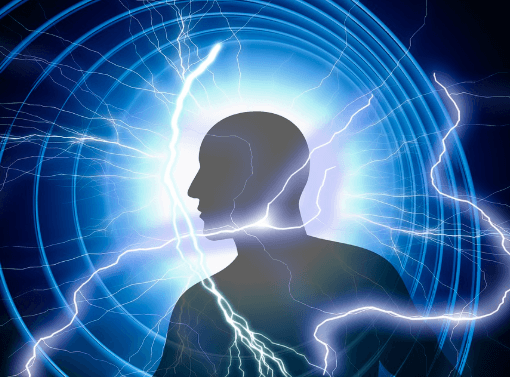 When we consider energy in the human body, then it includes physically measurable magnetic and electromagnetic fields. This energy is generated by all living cells, tissues, and organs, and together by the body.

With the human body, there are biofields, including subtle or putative fields originating from these pulsing units of life and our exact energy bodies, channels, and aspects of self.

When the energy body and the visible physical body merge and extend beyond it by four to five inches, and the invisible energy field surrounds it, then it is known as the inner aura.

From the surface of the physical body, the bioplasmic rays are project perpendicularly projects. When these rays merge with inner aura, it is known as the health rays. This form of health rays is nothing but health aura. Both are two to three feet in length.

Apart from the health aura, there is another energy field, which is called the outer aura. It merges with the health and inner auras and extended to about one meter away from the physical body.

With the evolving spirituality, the size of inner rays, health aura, outer aura, and chakras may considerably increase.

The Relation Between The Physical Body And The Energy Body

The physical body and energy body are very closely related to each other. So if one is affected, the other one is gets affected, too.

For example, when the bioplasmic throat is weakened, it leads to the sickness of physical body too as you may show as cough, sore throat, cold, tonsillitis, or other throat related problems.

Furthermore, if a person gets cut on his body part or an injury, then there is a similar pranic leak in the area where there is a cut. Initially, due to the pranic leak, the affected area will become look brighter temporarily, but the aura color becomes greyish due to pranic depletion.

Many different biofields regulate various emotional, mental, spiritual, or physical functions, and all together correspond to various parts of the subtle body.

There are seven levels of the auric field, and every single thing has an aura which consists of distinct levels or planes. All 7 level of the auric field is given below. The first one is the lowest auric level.

Here the aura is closest to the body and shows physical matters.

The aura shows the self-confidence of person and acceptance level of the person.

It is an aura of the logical self and rational.

An aura indicates the relationship of the person with a family, friends, and social situations.

Auric body reflects honesty and personal diligence. It also interacts with a will and divine guidance.

Aura of the acceptance of self-divinity, spiritual matters, and divine love.

The aura that connects angels, the higher mind, and the greater Mysteries.

The Chakra System And Energy Flow

The chakras become blocked during the long negative states like rigid thought patterns, toxins, negative emotions, etc. So have a look at seven main chakras and three minor but essential chakras.

1 thought on “What Is the Meaning of Energy?”