Red aura is color of passion and associated with cultures and continents. It is the most physical aura, and Red is known as the most physical of auras, and intrinsically value physicality through sports, exercise, passion, intimate relationships or other. 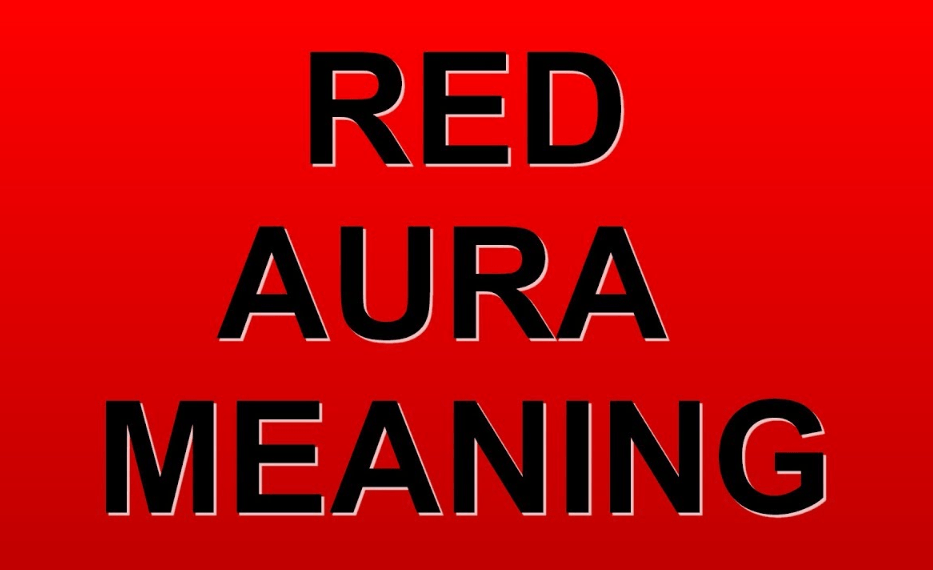 Red aura possesses an almost primitive nature, responding best to all the things they can touch, hear and see. In everything they do, they give their all.

The passion of red aura people can be felt and fueled in various ways; they can expect very different things. So first understand your red aura and focus the energy you are blessed with to achieve life goals.

To understand the mining of red aura, first, you have to understand its spiritual significance of the color and its shades. The red color is the color of the first chakra, and it is dominating. It is also known as the base chakra, that connected to the coccyx- the last bone in your spinal cord.

It is connected to physical and emotional strength, which can exhibit in many different ways. So, to know that is it manifest your life, you have to check the shade first.

Red energy begins from a place of ego and passion, but that passion can display as love or hate, and the ego may be healthy or overconfident.

Red shows that you deeply connected to the physical reality and feel the emotions quickly by living in the moment. Red also says that you developed a strong sense of self and the energy may be positive or negative is depend on the spectrum.

Murky Red/Murkiness/ is the dark hues or grey that falls on the darker side of the spectrum. If your aura falls on this color, your overall situation is more negative, and it could indicate anything from unexpressed anger to real trauma. These auras are resistant, but darker red auras are more harmful than the lighter one.

It reflects more positive energy compared to the darker one. Clear red linked with compassion and sensuality.

Red aura shine with courage and their hopes often drive them to great success in the workplace. They are not dependent on others Due to a lack of dependence on others, and hence they come up as a leader or individual.

The red aura is dominating clearly, and that can be highly rewarding when appropriately directed. Explosions of anger is a significant problem of red aura.

Those who manifest a red aura should be careful of fun thoughts of revenge or jealousy as it may lead to the desire for negative actions.

Love And Relationships For Red Auras

Reds truly excel for the areas like Passion, love, and sex.  With the major drive, people with red auras enter into new special relationships at a slow pace as it can be hard for them to distinguish lust from love.

Failure in intimate and non-intimate relationships can result in hurt feelings and hard to move on. Friendships or particularly best friendships with red are powerful and almost inseparable.

Life with a red aura turns to be an exciting and rewarding experience if you maintain the freedom to enjoy it.