A person with a rainbow aura has a true gift. It is one of the rarest auras out of all. People with rainbow aura are blessed with distinct positivity. As the name suggests, it is touched by different colors that symbolized the deep understanding of a person. 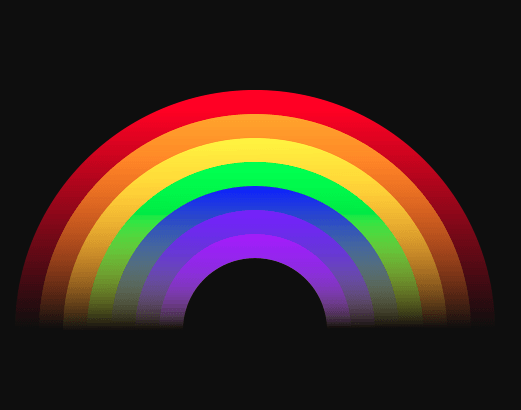 The person who has rainbow aura is a healer but not in the way some people think. As they are in a healing field like therapeutic, aura healing, or some medical treatment, they continuously help the people around them to heal.

People with rainbow aura are enjoyed every moment of life as it is the first and last moment of life. They are most of the time bustle in the crowd and the hustle.

Personalities with rainbow aura have a mixture of personalities similar to a rainbow. They are easy to adore but hard to understand. They are clear for their desire and have a vibrant, strong, and energetic personality. They have a sensitive soul, but they are an extremely passive person.

People with a rainbow aura never shows the adversity or pain or challenges on their face, but their heart easily aches not for them but other people. The can create a bond of friendship with multiple types of people. They are open and do not accept anything from others.

Rainbow auras are steady like other auras and mostly shown in childhood. It exhibits for discovering more things in the world with curiosity and being alive. Rainbow auras are passionate about the decision they have taken. They know that their choice is right even if they can’t explain it verbally.

There is no existence of selfishness in rainbow auras as they enjoy their life and help all other people at all the time and in every situation.  Rainbow personalities are unique. They have psychic abilities, and spiritual connection. These abilities make them help others, and hence they are in the occupation such as a therapist or doctor.

A person with a rainbow aura is uniquely equipped to give their positive energy to others and resist their negative energy so that people can concentrate on their goals and themselves.

There is very less chance that someone finds rainbow auras in grief, guilt, or depression. One can easily hurt rainbow aura, but with this also they can move swiftly on their path of life and serve their service to others.

Friendship is easy to obtain with rainbow aura as they are outgoing and unassuming, readily forging close friendships without any judgments or creating a defensive wall.  They do not force people to change or want to follow their actions forcefully.

They are focused on positive and associated with those who bring positiveness. If a person can’t bring anything to the rainbow auras, they stop communicating with such people. As a friend, rainbow auras are loyal, supportive, and reliable. Those who are looking for attention might be good friends with rainbows.

Relationship with the rainbow will be immeasurably passionate and loving. People with rainbow aura make sure that they spend enough time with special ones on a special occasion. There might be chances of conflicts if rainbows are paired with someone who has strong-willed.

Individuals with a rainbow aura naturally attracted to the people who share their love for the world. For them, a partner who does not show any support in their service can be a stressful condition.

Money, Wealth, and Behavior of Rainbow Auras in the Workplace

The rainbow aura is a powerful, bright, and special as each color is mixed in it and composed the aura. The constant optimism and positive view lead everyone around them to the next stage of life. People can trust them.

They are full of energy, and an unquenchable drive for a better world makes them different from others. In the workplace, rainbow auras are dutiful and do the work until they exhaust. They try to help as many people as they can. They will complete their work assignment without any drama or delay.