Our guardian angels are communicating with us in one way or the other. Regardless of what kind of a person you are or what deeds you’ve done in life, you’ll always have the assistance and support of your guardian angels. They utilize various signs, symbols and numbers in order to communicate with the mortals.

Reasons Why are you seeing Angel Number 74 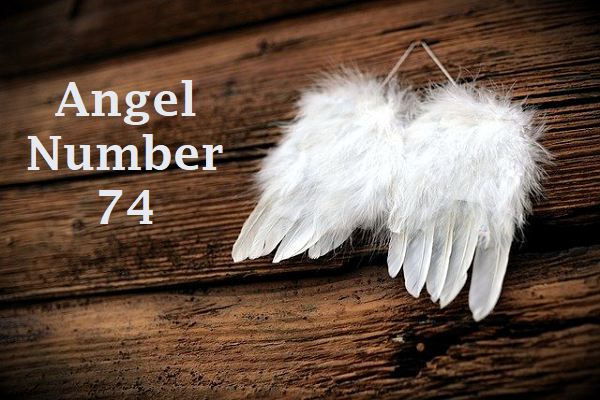 How do they gather your attention? While you’re busy doing things in your life, how are you supposed to catch the signs and symbols sent by the angels? Well, you have to be attentive enough, be open-minded and also have positive thoughts running across your mind. Angels don’t send messages to a person who has a negative bent of mind.

Most often, the angels use the influence of angel numbers with the help of which they send secret messages to the person whom they guide. If you’re one among them, you should focus on the numbers that you keep seeing during your daily life. Do you find a definite number that keeps appearing in front of you wherever you go?

If the number 74 appears on billboards, on grocery bills, on restaurant receipts or phone numbers and you really think that the number is following you, this is actually happening for a definite reason. In order to understand the reason, you have to first know the meaning of this number. Scroll down to know more.

Angel Number 74 – What is its meaning?

This number belongs to the impulsive and independent people with robust and strong personalities. In fact they resemble the same in their appearances too. In all sorts of emotional relationships, they belong to the extremes that reflect their positivity, emotionality and also their negative sense. They therefore choose partners who are dominating.

Nevertheless, when this domination disappears, problems may soon arise. Most often, there will be a breakdown of all sorts of connection in an aggressive manner. Since this number has a powerful effect on its people and the number 7 is also a lucky number, this stops the extremes from occurring. However, fortunately, angle number 7 has a greater impact than number 4, which is considered unlucky.

Angel number 74 can let you achieve success in your business but this person can also be a grueling boss. Hence, this number is better suited for someone who is hell-bent on building a strong and great career. They want to do business with few trustworthy people than with too many wrong people.

Karma is something that follows these people everywhere and this can be demonstrated through traffic accidents too. It is advised that people with the number 74 should remain extremely cautious in the traffic as they can anytime get involved in car accidents. They may even lose their lives or be responsible for other’s lives.

An angel number 74 can also be a part of a problematic relation with his family members and it is also not uncommon for such a person to carry a Karmic burden of a deceased member of the family. This Karmic relation can go as far as hundreds of years.

Can angel number 74 be bad luck to anyone?

There’s nothing like bad luck as long as angel numbers are concerned as they are being sent to you by your guardian angels. They come from divine beings and these numbers are sent to you for assisting you in your life. This is a message of hope, love, encouragement and peace. You keep seeing 74 too often, you have to be sure that help is always on your way and you just have to hold on to it for a longer time.

The angel number 74 is a number that speaks of financial and organizational matters in a way that is similar to angel number 1119. When you want your life to alter for the better, you’ll require taking better care of your finances and money. You should also have the willpower and determination to face adversities and trials. Without it, you won’t be able to accomplish any of your dreams.

Angel Number 74 and matters of Love

The angel number 74 is a specific number that belongs to people who float around in the clouds of love and dreams. They love travel, freedom, adventure and everything else that is seductive, beautiful and unusual. They have a typical charm that leaves none indifferent as soon as they get to know them deeper. They tend to be passionate and energetic and this is directly linked to the temperament.

This angel figure tends to be the most contradictory number as it symbolizes independence and freedom, commitment and loyalty. If you get to know the people who have angel number 74, you’ll get both people in long and happy marriages and those that are serial cheaters too.

As we are already familiar with the karmic abilities of the number 74, this is certainly one of the most interesting facts on this unusual number. Did you know that the karmic cycles of humanity come after 74 human years? These periods are marked by climate and weather change and also political circumstances.

The experiences gathered during this period can have either happy or unfortunate results, obstruction, blockade, reward, decline, promotion, emotional suffering, illness and family problems. It has been recorded that mankind has completed special lessons and adopted in the previous cycle so that if this cycle is repeated, it is observed from a different point of view according to the newly gained experience.

It can be concluded that karmic cycles are occurring so that humans can learn lessons and stop committing the same mistakes. These mistakes, when repeated, can have an immensely bad impact on the life of humans.

Therefore, if you’re wondering about the ways in which the number 74 can influence your life, you can keep in mind all the above mentioned details and connotations on this number.